The word flower comes from the Old French word “flor” or “flour”.  The importance of flowers  in nature is everywhere. They can feed insects, birds, animals and humans, they provide natural medicines for humans and some animals  and aid in a plant’s reproduction by enticing outside pollinators. Without flowers, plants would merely be green, and the world would be a duller place.  The arrangement of plant materials truly became an art and an important decorative device in the 17th century. During this period of worldwide exploration, colonization, and commerce, new plants were introduced into Europe, where an avid interest in horticulture developed.  A recent study  found that flowers improve emotional health, making people feel instantly happy when they receive flowers from a loved one!  All of the participants in the study showed “true” or “excited” smiles when they received flowers, showing extreme happiness and gratitude. Flowers make you feel happier for longer. 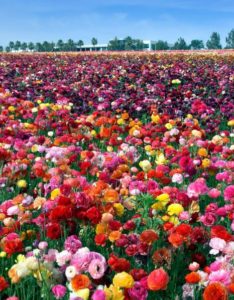 416-Flowers.com is your number one flower shop in the Greater Toronto Area. With our beautiful flower arrangements and aggressive prices, we strive to provide the best service to our clients. We also hope that you will find our blog useful with its many educational, instructional and flower focused content.